Head to our shop 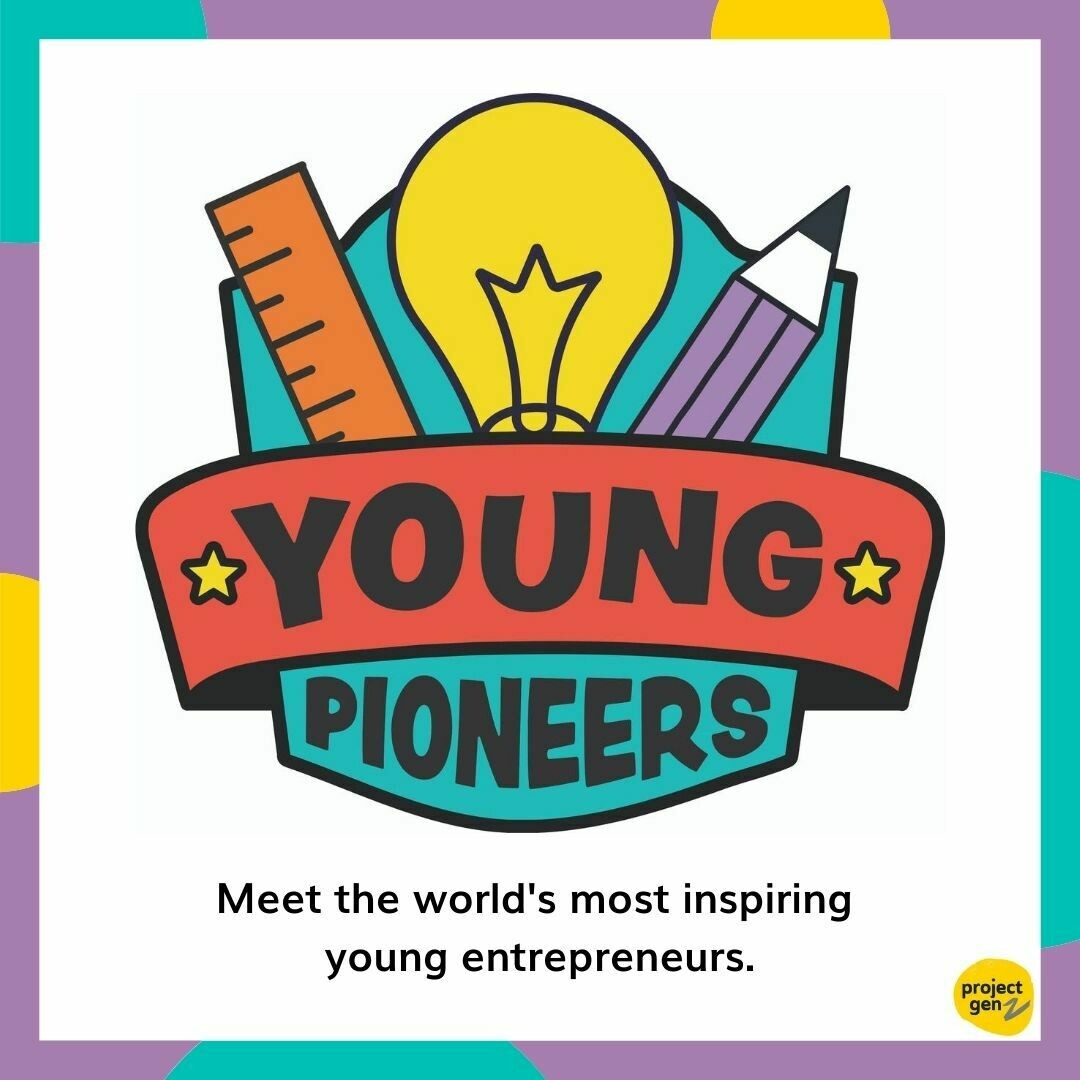 Young Pioneers- an enterprise program with the worlds most inspiring young entrepreneurs.

Meet some of the world's most inspiring young entrepreneurs that are proving that anything is possible!

Young Pioneers is a school enterprise program that showcases 10 incredible young entrepreneurs from around the world and their story.

With a passion for sport 16yr old Nathan launched Ryde Clothing, a selection of Tees to inspire young people to get outdoors.

Cory Nieves always dreamed of making the world better place. That passion, combined with an entrepreneurial spirit, led him to be the owner of Mr. Cory’s Cookies at just 6 years-old.

Izzi Dymalovski founded her skin care brand ‘Luv Ur Skin’ in Australia when she was just 9 years old, and has recently pitched on shark tank.

At 11 yrs old Kate saw a gap in the market and founded her own company 'Scrunchie Munchies'.

Ollie was bullied at school for being dyslexic, So he looked to his role model Richard Branson for inspiration and launched his first business 'Ollie's Shop' at just 16.

Whilst travelling with her family, Paris found some handmade ethical bracelets and was inspired to launch Coco Lou, named after her sister.

Logan Guleff, winner of the national television show MasterChef Junior on FOX and the only teen chef to be in the app SideChef with integrated recipes for the future of food.

At 11 years of age Bella designed, branded and launched Kidzcationz.com. Bella has been named in Fortune Magazine’s 18 under 18 list of World Young entrepreneurs.

Ben was described by The Sunday Times as one of 'the most influential teens on the planet ' after starting his first business at 11.

Before discovering her passion as a business owner and music mentor Alanna was titled Young Person Of The Year by Girlfriend Magazine at 14, was signed to a music production company in the UK at 16, released her first EP at 19, and toured the US, UK and Australia singing.

WARNING... this is a seriously inspiring program!

Save this product for later
Display prices in: AUD

Each time you make a purchase with Project Gen Z you support our work to inspire & educate disadvantaged young people in Cambodia.

Thank you for helping us to make a difference!